Washington DC- UOSSM launched the ‘Syria Solar’ Initiative on May 29, 2017, after 10 weeks of installation, and months of testing, and monitoring. The 480-panel pilot project is the first of its kind in Syria, and was designed to stabilize electricity in hospitals in Syria. UOSSM installed 480 solar photovoltaic panels with a capacity of 127 kWp DC power, 288 batteries capable of storing 720kWh of power, and advanced data control systems. After six years of conflict, major sections of the electrical grid in Syria were destroyed making hospitals dependent on diesel generators. Frequent shortages of diesel jeopardized patient lives and skyrocketed the price of diesel fuel.

The project is expected to save over 7,000 liters of diesel per month on average. This amounts to approximately 20-30% of the monthly energy cost of the hospital. The system can fully power the ICU, operating rooms and emergency departments during diesel outages. With the success of the pilot project, plans are drafted to deploy solar systems in five more vulnerable medical facilities in Syria. UOSSM is currently soliciting funding partners for upcoming ‘funding ready’ projects.  Renewable energy for those critical facilities will increase the resilience of the health-system in Syria, empower local communities, and help terminate the vicious cycle of the diesel-based war economy.

Tarek Makdissi, UOSSM Syria Solar Initiative Project Director said, “We believe that this type of projects brings hope. Solar energy is a democratizing force, that has the capacity to empower institutions and communities in very positive ways.  Syria is in one of the best regions globally to harvest solar energy, and needs to be leveraged. During the project implementation; restructuring the hospital electrical network, and working through the winter to deploy the technically complex system, were our greatest challenges. The goal now is to empower the health system by scaling the solar project to at least five other critical hospitals. Our dream is to see every medical facility in Syria running on clean, sustainable energy.”

Dr. Khaula Sawah, Board Secretary of UOSSM USA said, ” Projects like this raise a level of hope in Syria, in an almost hopeless situation. This project will enable hospitals to continue to function even if they have lost power, keeping vital medical equipment, such as incubators, respirators and other life-saving equipment functioning even through power outages. To have patients die from power outages is unacceptable, and through the amazing work of our team we have found a way to ensure that these deaths do not happen again. I am so proud of this initiative and how it will enable us to continue to save lives and build hope.”

*Hospital name concealed for the protection of the staff and the facility. 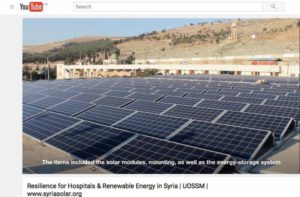 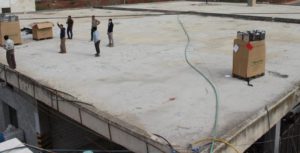 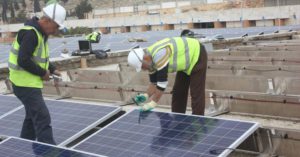 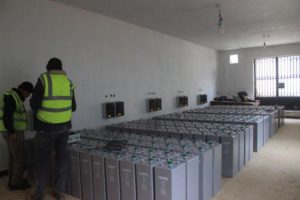 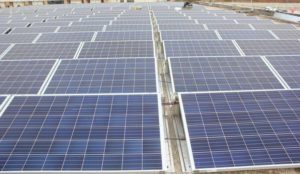