A Deadly Day in Syria as Two Hospitals, and A Refugee Camp Attacked

Washington DC- It was another destructive and bloody day in Syria as two hospitals, and a refugee camp were attacked, leaving thousands in areas subject to daily bombardment, without access to medical care.

At 1:00 a.m. Damascus time a hospital in Daraa was indirectly attacked with eight barrel bombs, causing damage to the facility, destroying a dialysis unit, and putting the hospital out of service. A whole family living near the hospital was killed. The hospital provided approximately 3245 consultations, 48 major surgeries, 18 deliveries, and 210 war related trauma cases a month.

The Latamneh Hospital in the suburbs of Hama was also attacked at 5:15 p.m. Damascus time. The hospital was previously attacked on March 25.  A lab technician was buried under the rubble, but rescuers were able to pull him out and he survived, the extent of his injuries is still unknown.

A refugee camp in Maaratah, in the suburbs of Idlib was also attacked today causing major destruction. Preliminary reports show at least two were killed and 37 were wounded. Those numbers are expected to rise.

A doctor and a journalist from the Qatar Red Crescent were also targeted as they were visiting a PHC in Janudiyah, Idlib. The journalist was killed in the attack and the doctor was critically injured.

Dr. Khaula Sawah, Board Member of UOSSM USA said, “I am deeply disturbed by today’s events, so many hospitals have been put out of service leaving thousands vulnerable to the daily bombardment, and nowhere to receive medical care. I am heartbroken over the people in the Maartah refugee camp, who have already lost everything. The survivors of this horrible attack now must attempt to find a new, safe place to live… I don’t know if there is a safe place for these internally displaced people. The perpetrators of these crimes of war must be stopped immediately and brought to justice.”

A joint statement by the Regional Humanitarian Coordinator and the Humanitarian Coordinator on recent airstrikes said, “The UN community is appalled by the ongoing damage and destruction of medical facilities in northern Syria depriving hundreds of thousands of people of basic health services.”
It is completely unacceptable that facilities and people who are trying to save lives are being bombed,” said Kevin Kennedy, Regional Humanitarian Coordinator for the Syria Crisis “The persistent and unceasing attacks on hospitals and medical facilities is one of the most egregious features of this war and has taken the lives of hundreds of medical personnel and deprived people in need of their most fundamental human right- the right to life. It must stop.” 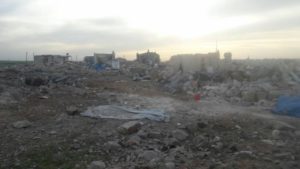 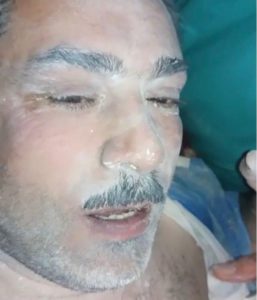 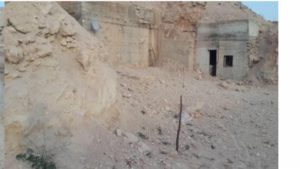 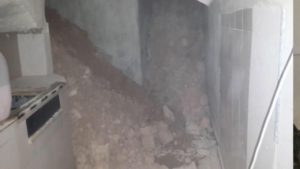